Everything You Need to Know About Brotox

“Brotox” is the latest cosmetic trend sweeping over the cosmetic industry as a testament to the fact it’s not just women who care about looking great. Brotox injections are wrinkle relaxers that reduce the appearance of fine lines and wrinkles, just like Botox. In fact, the word “Brotox” refers to Botox injections delivered specifically to men.

According to the American Society of Plastic Surgeons, the demand for Botox among men has increased by 355% in the last 15 years, a seismic shift worthy of its own name. 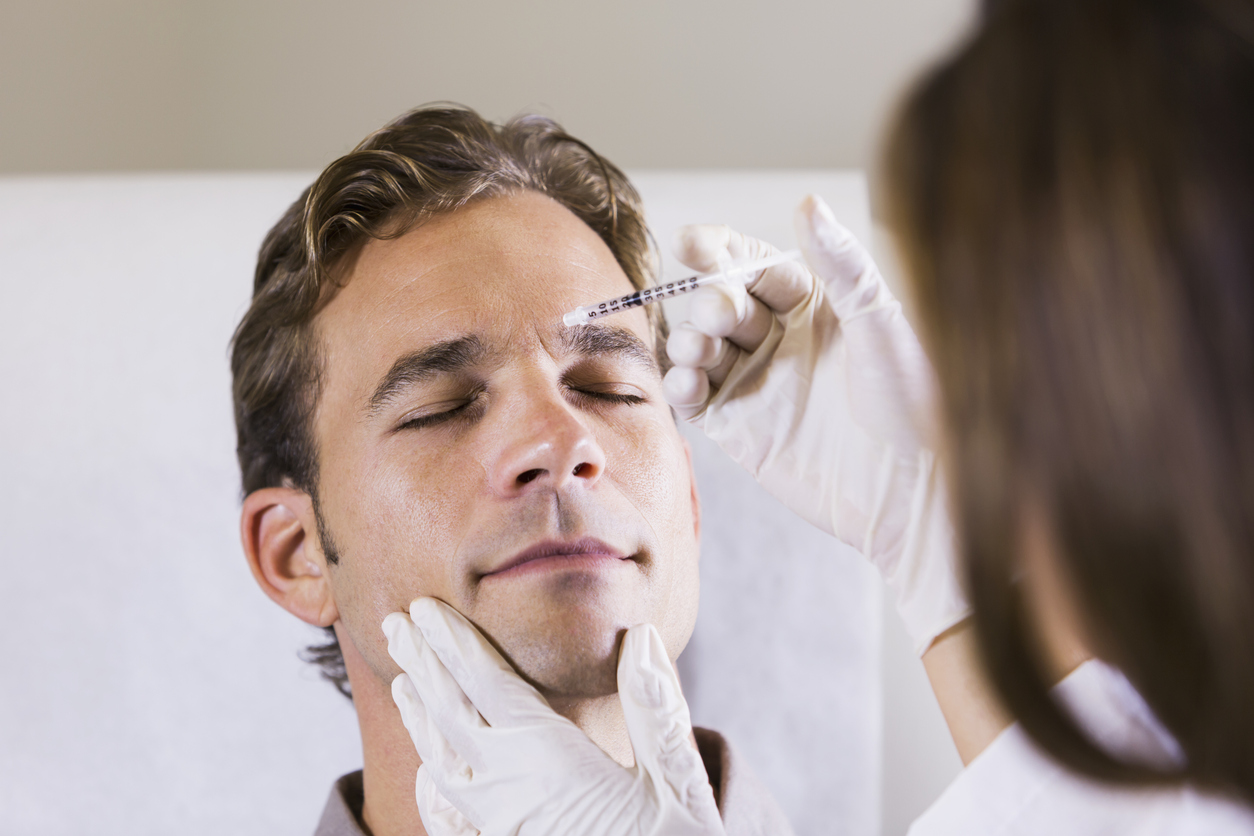 What is Brotox? How is it different from Botox?

As the name suggests, the word “Brotox” is a combination of the words “Bro” and “Botox.” Indeed, there’s no real difference between Botox and “Brotox,” other than that the latter is specifically addressed to and tailored for men.

Botox is often called a “lunchtime procedure” because patients often seek treatment during their work lunch-break and then resume their daily activities immediately. Patients may experience mild swelling and bruising, but these side effects only last a few days. The complete procedure takes 15-20 minutes, and there’s no downtime or recovery period. The results usually show up in 2 to 7 days and last for 3 to 6 months.

Why has the demand for Botox shot up among men?

As the statistic mentioned earlier highlights, the demand for Botox among men has shot up in the last 15 years. Men aren’t immune to aging or the desire to look good.

In the past, stigmas associated with cosmetic treatments may have kept men from seeking cosmetic injections, but recent societal shifts in attitude have empowered men to go after their desires and work on their appearance.

The desire to look good has also been pushed forwards with the emergence of social media. Men are now constantly bombarded with images of other men looking flawless, driving a desire to also enhance their appearance. The use of social media filters has also allowed men to virtually try smoothing their wrinkles to see how a Botox would look before actually getting the treatment. Furthermore, as the job market becomes more competitive, men want to enhance their physical appearance to get a competitive edge.

Laser Cliniqúe is a state-of-the-art cosmetic center specializing in “Brotox” treatments that produce conservative and natural results, reducing your wrinkles without any obvious signs of cosmetic manipulation. If you want to enhance your appearance, schedule an appointment to discuss your Botox options today.