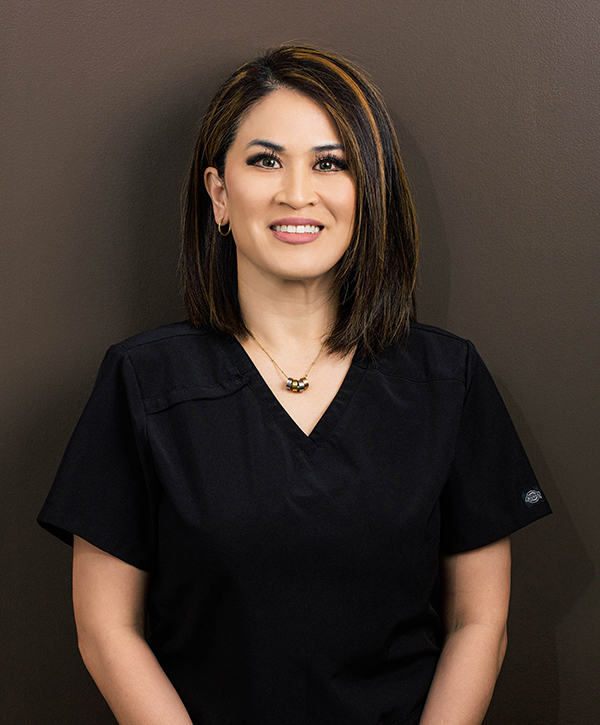 Janice is the Director of Operations, and has managed Laser Clinique since we opened our doors in 2005. Her skills in administration, management, and communication continue to build the strong foundation that makes Laser Clinique thrive. Janice works with Dr. Ataii to ensure the best possible experience for each patient, and to recruit and retain the best employees. She manages all aspects of practice operations and oversees the ongoing training and development of each staff member. “Janice has a positive attitude and creates a great working environment for all members of the team,” Dr. Ataii says. Janice has been committed to making Laser Clinique the absolute best it can be — for both clients and employees. Since 2013, Janice has also been one of Laser Clinique’s CoolSculpting specialists, and has attended CoolSculpting University twice to receive extensive training. Janice has lived in San Diego since 2005. She and her husband have three children and enjoy spending time and traveling with their family. Janice says, “Making memories with my kids is the most important thing to me.” 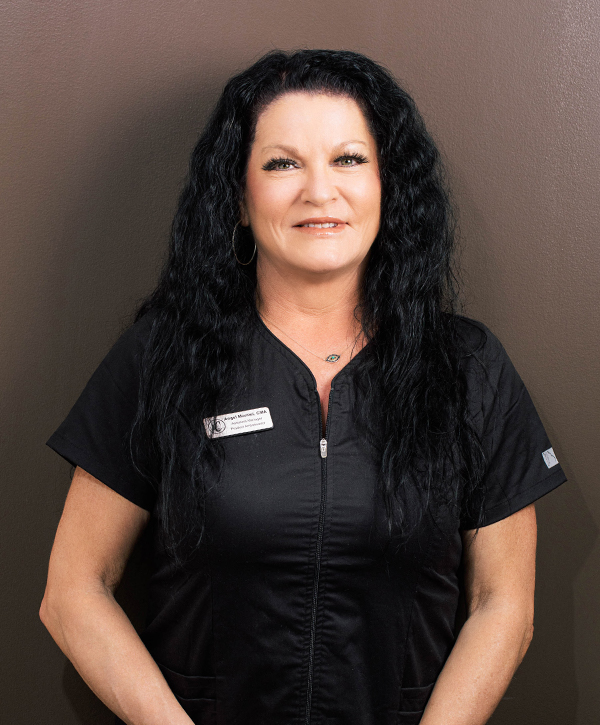 Angel brings a lot of energy and warmth to Laser Clinique. She has worked in a variety of health and beauty settings including fashion, cosmetics, and spa and medical aesthetics. Angel has worked with Laser Clinique for eight years as the Patient Coordinator and Assistant Manager, handling all aspects of the patient/client experience — from assisting physicians to helping with pre- and post-treatment care, to assisting patients with finances and following up to ensure each person gets support needed. She brightens up the front desk and enjoys creating a positive and memorable experience for all patients and clients. Angel works with patients to ensure a positive experience, and is extremely knowledgeable about all the treatments that Dr. Ataii performs. She is very caring and makes sure that the patients are well-informed and guided throughout the entire process. She follows up and answers any questions related to treatments, provides guidance when needed, and makes sure we carry the right skincare products and supplies for our patients and guests. “Laser Clinique is the most upbeat, inspiring practice I’ve ever had the privilege to work for. People just love it here. It’s inviting, upbeat, and results-driven,” Angel says. After work, she enjoys a great workout and spending time with her fiancé and family. You will also be sure to find her in the kitchen cooking up something delicious. 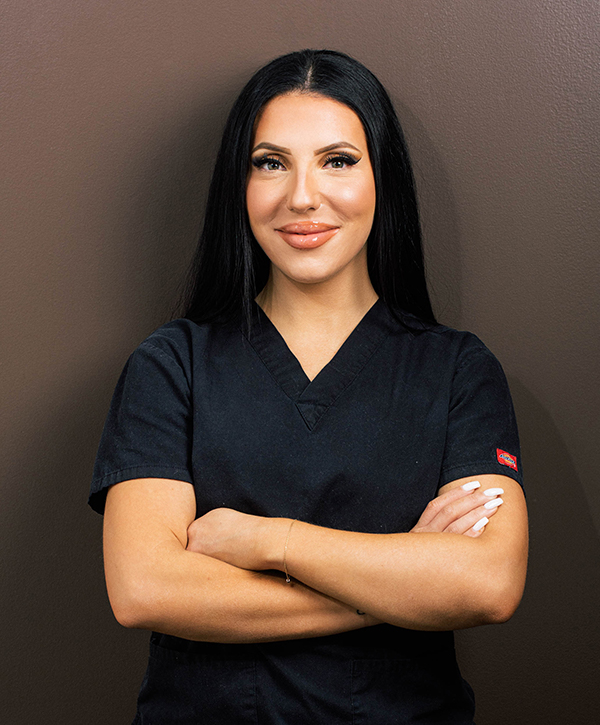 Caileigh is one of the CoolSculpting and TruSculpting specialists at Laser Clinique. Along with being a provider, Caileigh also works at the front desk and is a co-director of social media. She has been in the cosmetic industry working under Dr. Ataii for over four years, and continues to expand her knowledge and appreciation for the industry every day. Caileigh aspires to provide the best patient service to ensure that each patient has an enjoyable and warm experience at Laser Clinique. Originally from Fort Collins, Colorado, Caileigh has lived in beautiful San Diego for eight years. In her spare time, she enjoys working out, going to the beach, and discovering new restaurants. 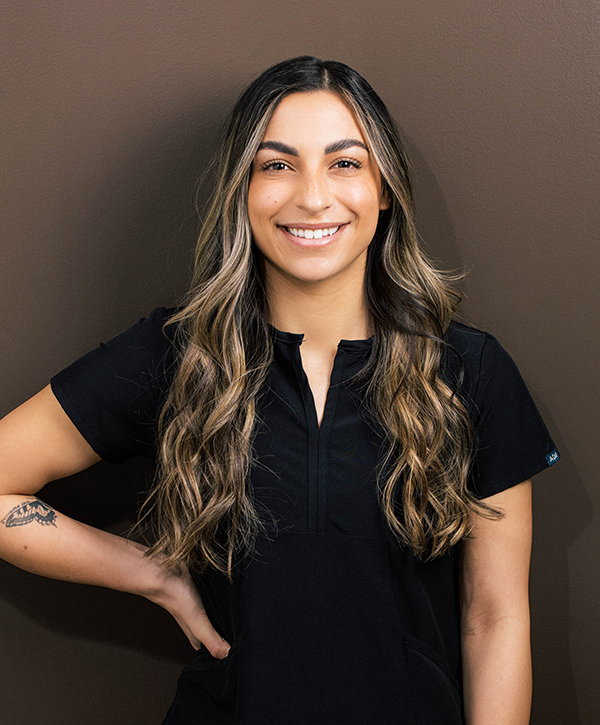 Marissa is our Lead Medical Assistant and Phlebotomist. She has been in the aesthetic industry with Laser Clinique for over a year, and has enjoyed every moment of it. Marissa’s favorite part of her job is building relationships with the patients and watching their self-confidence grow with each and every treatment. As a San Diego native, Marissa spends her days off at the beach, hiking, or at spin class. 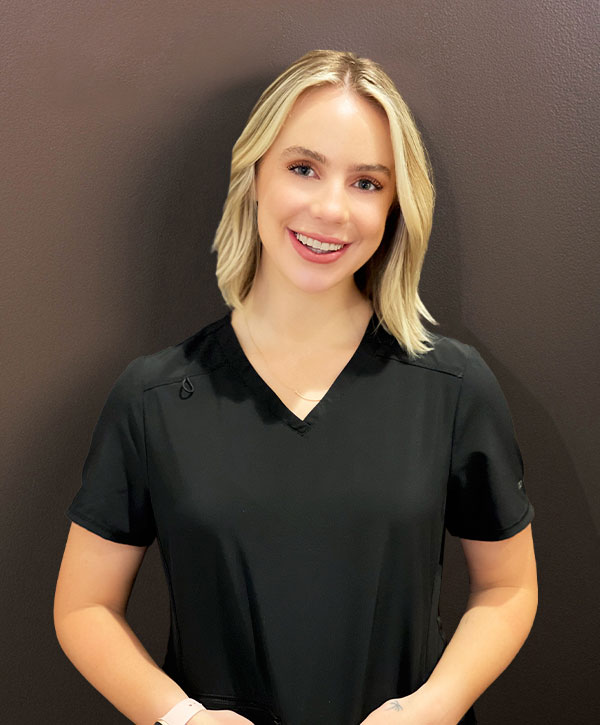 Madeline is Laser Clinique’s Medical Aesthetician. Madeline has been an Aesthetician for four years and absolutely loves creating a relaxing atmosphere for her clients. Prior to receiving her aesthetics license she worked in the beauty industry, behind the scenes in PR, where she quickly learned her true passion was connecting with people and helping them feel more confident in their skin. Madeline is a firm believer in when you look your best, you feel your best. She enjoys educating clients on skincare and creating a custom home routine for her patients.Outside of work Madeline enjoys going the beach (with lots of sunscreen, of course!), traveling, and getting in a good workout outside. 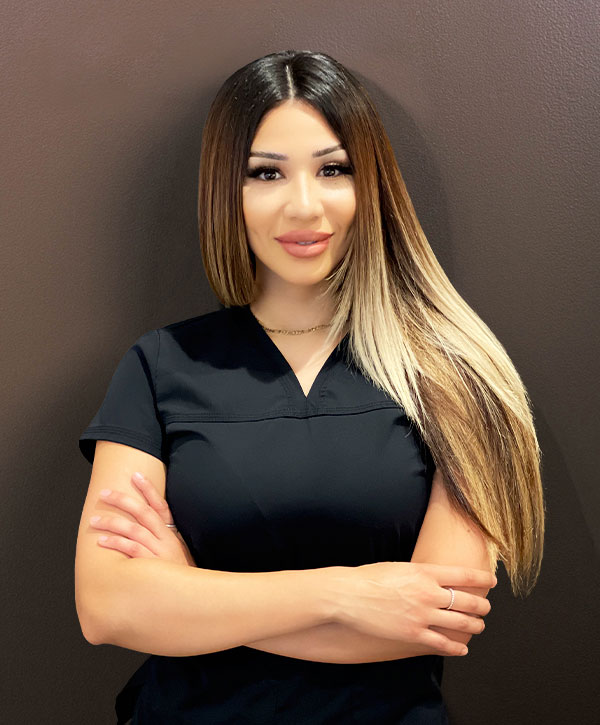 Esther is Laser Clinique’s newest Medical Assistant who joined the team earlier this year. She is extremely passionate about helping people and is excited to guide your through your journey at Laser Clinique. Esther is currently enrolled at Grossmont College and is taking her prerequisites for nursing. “My end goal is to become an Aesthetic Registered Nurse and help patients achieve their desired appearance. I’m a firm believer of when you look good, you feel good.” Outside of work Esther enjoys weight training, hanging out with friends and going to the beach. 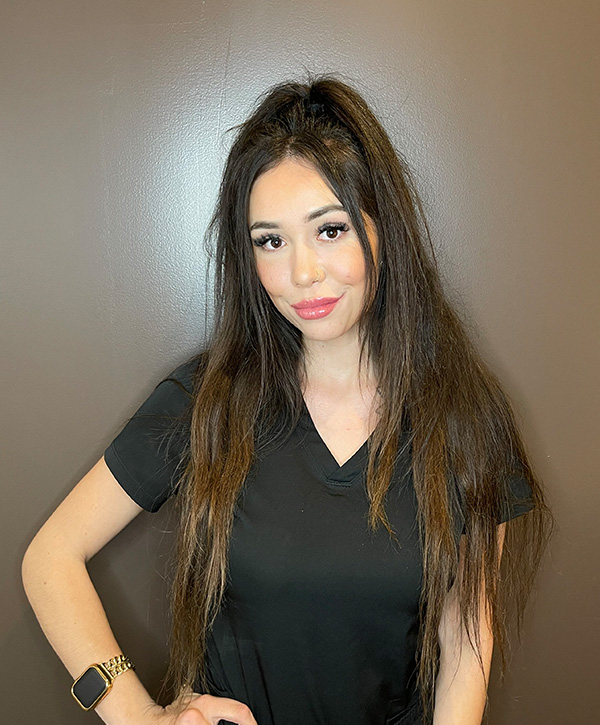 Jordan began as a makeup artist in this industry in middle school, always doing her and friends make up she would sneak from her mom, but began taking real clients in high school. However, that’s not what led her to become a medical esthetician. Jordan’s passion for this industry stems from a personal place - growing up she struggled with her skin and always sought help out from professionals but never seemed to get the direction she really needed. She knew from a early age that she wanted to work in this industry and figure out a simple yet effective way to help those struggling with their own skin concerns, so she decided to get her medical esthetician license but her devotion to the education didn’t stop there. The more she learned, the more she realized other areas she could have impact in. She’s now certified in lash extensions, microblading, waxing and tanning, but not stopping there. She believes the best combination for the best results is mixing science & aesthetics which is why she is now on the path to become a Registered Nurse in aesthetics.

Jordan moved to California when she was 9 years old from Seattle, Washington. She currently resides in North Park right next door to her mom, who she says is the best neighbor she could ask for, and her two cats, the loves of her life. She enjoys the outdoors and spending time with the people she loves. Jordan loves singing while playing the ukulele, writing songs, crocheting, drawing and jewelry making - most anything that involves creativity. To Jordan, one of the most rewarding feelings is being part of positively enhancing someone’s life and she knows this industry is more than capable of achieving that. She values the education, and will never stop learning so that she can always deliver the best results. She’s so excited to be part of our team and share her knowledge to make a difference in our patient’s lives. 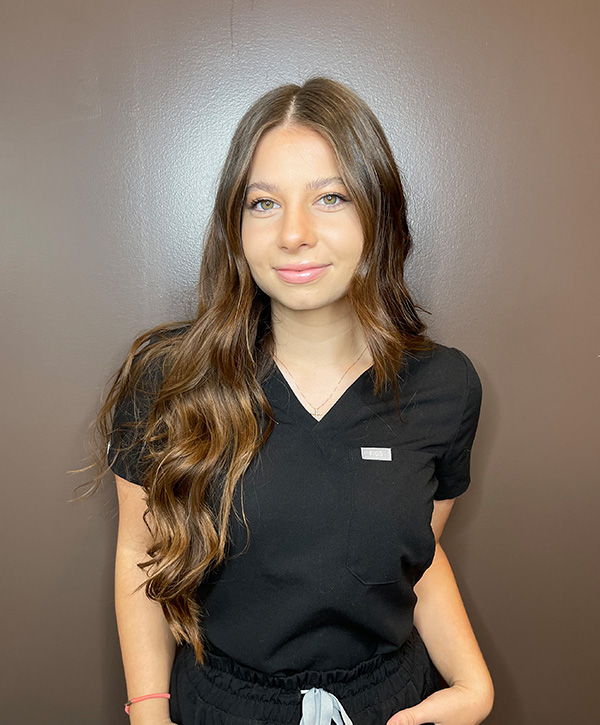 Front and Back Office Concierge

Brooke recently joined our team as Front and Back Office Concierge. She is currently enrolled at California State University San Marcos pursuing her bachelor's degree in Human Development. She hopes to continue her education by pursuing a Masters degree in Physician Assistant studies. She has always had a passion for helping individuals discover confidence within their skin and is always eager to learn about new innovations within the field. Outside of work Brooke enjoys traveling, reading, and walking her dog on the beach. We are so thrilled to have her as part of our team! 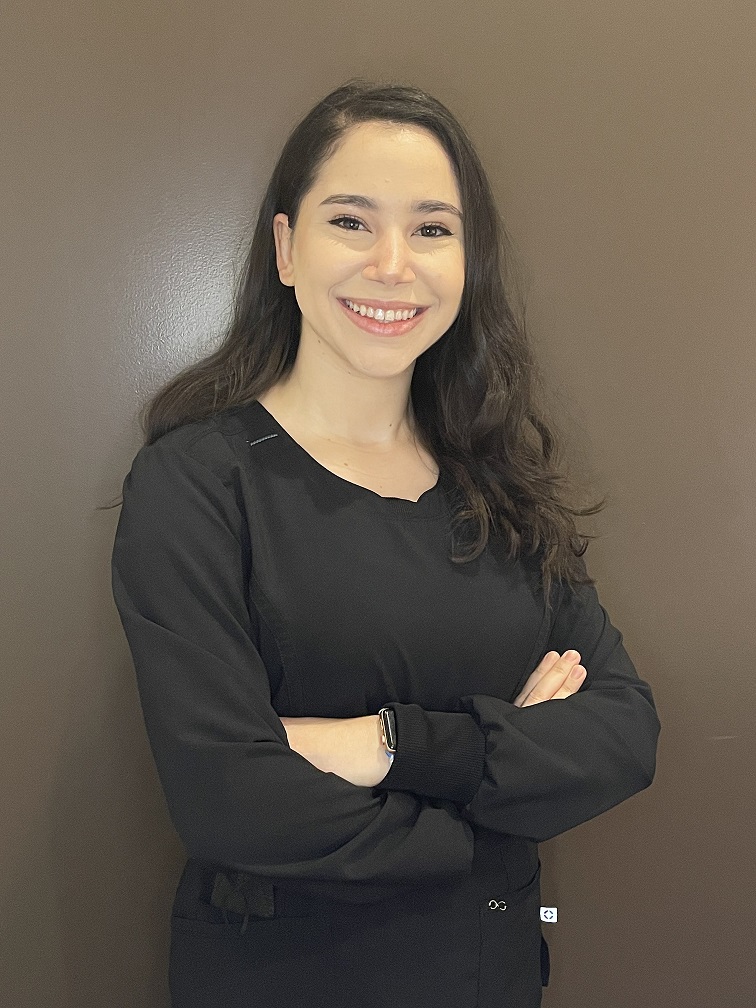 Front and Back Office Concierge

Samantha is a new addition to Laser Clinique’s Medical Assistant team as of 2022. Her determination to pursue a career in medicine is highlighted by becoming the first in her family to earn a bachelor’s as she recently graduated in honors from the University of California, Riverside in psychology with a focus in health. Samantha’s motivation to work in the medical field stems from her interest in empowering those who struggle with their health and insecurities. Since puberty, she has been highly invested in learning the science behind cosmetic products and treatments to educate her community to make safe and impactful decisions when it comes to skin and hair care. In addition to being a part of Laser Clinique’s team, Samantha is currently attending school in hopes to pursue a Master's degree in Physician Assistant studies.

Samantha provides a positive mentality to the clinic and is always eager to learn about Laser Clinique’s loyal clients and the treatments they love. You may find her shadowing Laser Clinique’s talented medical assistants and medical providers, so feel free to say Hello! Out of work, Samantha enjoys drawing, going on hikes, and making costumes for Comic-Con conventions. She believes that having a creative outlet allows for a positive mindset, which shows from the inside out!